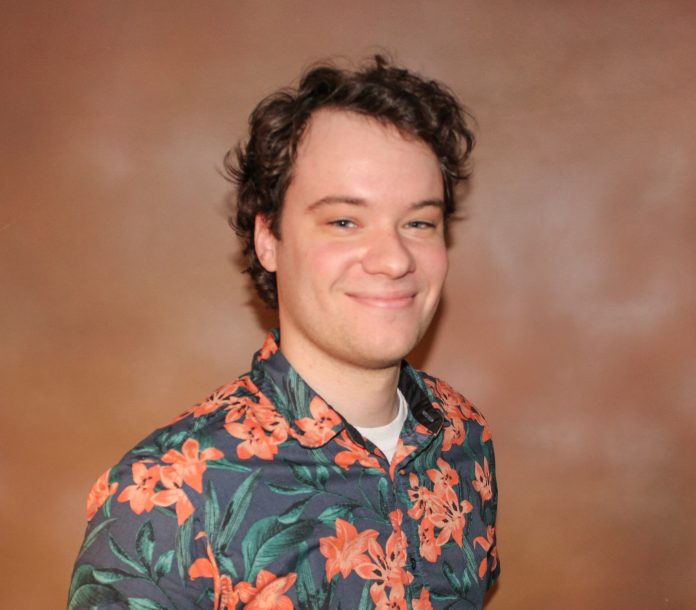 The final entry in the latest phase of Marvel movies sees Thor on the exact same journey of self-discovery he’s been going on for his previous three standalone movies. What is most frustrating about it is that it has a good set-up for Thor’s character to go in an interesting direction with Gorr the God Butcher, played by Christian Bale, but the movie completely squanders it in favor of comedy that is on par with SNL on its worst days.

I know that the Marvel franchise has its widespread appeal to most audiences, but it has worn thin on me for the few years, and Thor: Love and Thunder felt like the final nail in the coffin. In place of a story is everything that bugs me about all of the Marvel movies on full display and cranked up to the max; lack of tension, the over-abundance of CGI that makes the world feel completely artificial, jokes that amount to little more than puns and quips, a slight variation on the same story being told again and again, it’s all here. It’s a completely unlikeable movie, I would call it the worst movie of the year so far.

As a bit of a Baz Luhrmann hater, I went into Elvis not expecting to like it, but his opulent, flashy, overstimulating style was perfect for the subject matter in a way that has never worked for me before. The energy in Elvis is palpable and thrilling, making the nearly two hour and forty-minute runtime fly by like ninety minutes.

While falling into a lot of the pitfalls that music biopics typically fall into, like clunky storytelling due to a need to condense the artist’s entire life or career into a feature length movie, Elvis remains consistent throughout thanks to the focus on Elvis Presley’s relationship with his cartoonish, evil manager Tom Parker, played by an insanely over-the-top Tom Hanks. It’s a very enjoyable, exhilarating movie.

Remember how I said Thor: Love and Thunder was the worst movie of the year? I was lying. Like a lot of lazy legacy-sequels, Jurassic World Dominion has nothing new to offer aside from bringing back old cast members and recognizable iconography, but it is so much worse here than in any other I have ever seen.

Jurassic World Dominion is the antithesis of everything I love so much about not only Jurassic Park, but movies in general. There is not a single ounce of passion or creativity in Dominion. This entire new trilogy, but this and Fallen Kingdom especially, has more in common with the Fast and Furious franchise than it does with Jurassic Park. Spielberg’s film was not an action movie. It was a science fiction movie that was more interested in exploring the ethics of bringing back dinosaurs from extinction and turning nature into a spectacle to be gawked at, as well as the capitalistic motivations behind the park, and how that mindset led to corners being cut and lives being lost. Where that theme is at the very core of Jurassic Park, it is nothing more than a sloppy paint job on the Jurassic World trilogy. It’s a flashy, green screen spectacle with nightmarishly nauseating, implausible, physics-defying, never-ending action scenes one after the other until the movie’s boilerplate “script” comes to an end. There’s no story being told, just excuses for action scenes with dinosaurs to happen. It’s a hollow product with nothing but a cynical, money-hungry studio behind it.

In complete contrast to Jurassic World, in terms of legacy-sequels to iconic movies, this joins Mad Max: Fury Road and Blade Runner 2049 as the new gold standard for that type of movie. I watched the original film a few months ago and I really didn’t understand what people liked about it, and it put me off watching the sequel. When I finally saw Top Gun: Maverick, I got everything that I think people get out of the original movie out of it, and it absolutely blew me away.

Top Gun: Maverick is basically a perfect, shining example of how ambitious and impressive blockbuster filmmaking can be at its best. Unlike the first movie, this one actually has a story and a plot. Sure, the plot is thin and the dialogue sounds like it was written by a thirteen-year-old, but it gets the job done, giving each of the characters enough to work with, with satisfying payoffs for all the major players in the story. The real star of the show is the aerial scenes, and the filmmaking on display here is like nothing else I’ve ever seen. Even the scenes where the team is just practicing for their mission and there is no enemy threat feel way more exhilarating and action packed than most action movies where the characters are in explicit danger, which should give you a good idea of how tense the movie is when the characters do have to pull off the mission. Not only is Top Gun: Maverick better in every way than its predecessor, it made me care about what was happening and made me feel warm, nostalgic feelings for a movie that I didn’t care for at all, which is feat. I’ll take the cheesy sincerity of Top Gun: Maverick over the sarcasm and forced wit of Thor any day. Scientology be damned, Tom Cruise can make a movie.

2022 has been a solid year for the horror genre, giving us a wide variety of the different kinds of horror movies. With The Black Phone, director Scott Derrickson gives us a solid, entertaining, Stephen King-reminiscent supernatural horror/thriller. It’s a good example of a movie about being trapped in a scary situation and watching the characters try to problem-solve their way out of it. A convention of the horror genre is a supernatural antagonist hunting human protagonists, but The Black Phone subverts that trope, giving the victims the supernatural abilities where the antagonist is just a regular person. This helps the film stay focused on what matters, making sure it never gets bogged down in explaining what the deal is with a demon or evil entity; the kids are psychic, and that’s all you need to know. It’s never given any further explanation or reasoning, which is perfect for keeping things ambiguous and up to interpretation.

The Black Phone has some acting and writing problems, some of the logistics fall apart under scrutiny, but it’s nothing that ruined the experience of watching it. It’s a great movie to watch in October, as well as recommend to people who generally don’t watch a lot of horror movies or don’t like them, unlike the next film I will talk about.

Where The Black Phone is on the more accessible side of horror genre, Alex Garland’s third film Men is on the complete opposite side of the spectrum. Psychological horror can be difficult to get into, and this is no exception. Men is a movie that is not for everyone, especially if you’re squeamish. It has some of the gnarliest body-horror I’ve seen in recent years. The film is divisive and controversial, some even calling it exploitative, but I think that the nonliteral and absurdist lens that Men uses prevents it from ever feeling like the film is distasteful regarding its subject matter. So, if surrealism and absurdism in horror movies intrigues you, Men is the fantasy-horror movie for you. The film follows a woman named Harper going on a trip to a village in the country to get away from life following a tragedy, and the strange and horrifying encounters she has with men along the way.

Like Garland’s previous work Ex Machina and Annihilation, Men is beautifully shot and edited, possibly the best-looking horror movie to come out since The Lighthouse. Like that film, the simplicity of the story allows for endless amounts of themes and allegory, from nature and ancient mythology to gender dynamics. Even if you hate the film, there is enough subtext and interpretable messaging to keep you thinking about it for weeks. Again, Men is a movie that is not for everyone, I certainly wouldn’t recommend it to my grandma, but check it out of you have the stomach for absurd fantasy body-horror that would make David Cronenberg jealous.

Saved the best for last. Right in the middle of the horror spectrum in between The Black Phone and Men, Nope is one of the best summer blockbusters to come out in years, if not the best. It feels like a natural, 21st century extension of the type of adventure/horror that Steven Spielberg popularized with Jaws and Jurassic Park; it’s thrilling, clever, funny, terrifying, and most importantly for a blockbuster, it’s ambitious. It’s everything that blockbuster filmmaking has not been ever since the theater system has been dominated by Disney. Everything about Nope radiates charisma and creativity, from the cast and the cinematography to the twist on the “UFO on a farm” story that is so clever I’m stunned it hasn’t been done before. The way the ranch is shot is gorgeous, the wide-open spaces surrounded by desert hills, feeling fully immersive in a world where a UFO could be lurking in the clouds at any given moment.

Like Top Gun: Maverick, this is a film that is meant to be seen on the biggest screen possible, and Jordan Peele’s balance of blockbuster filmmaking with his own style is perfectly seamless. The film is packed with Jordan Peele’s signature social commentary, re-incorporations, visual storytelling and distinct character-writing, making Nope one of the most memorable and rewatchable movies of the year, and for me, Peele’s best work to date and the best movie of the summer. 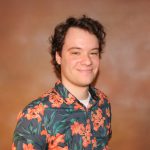 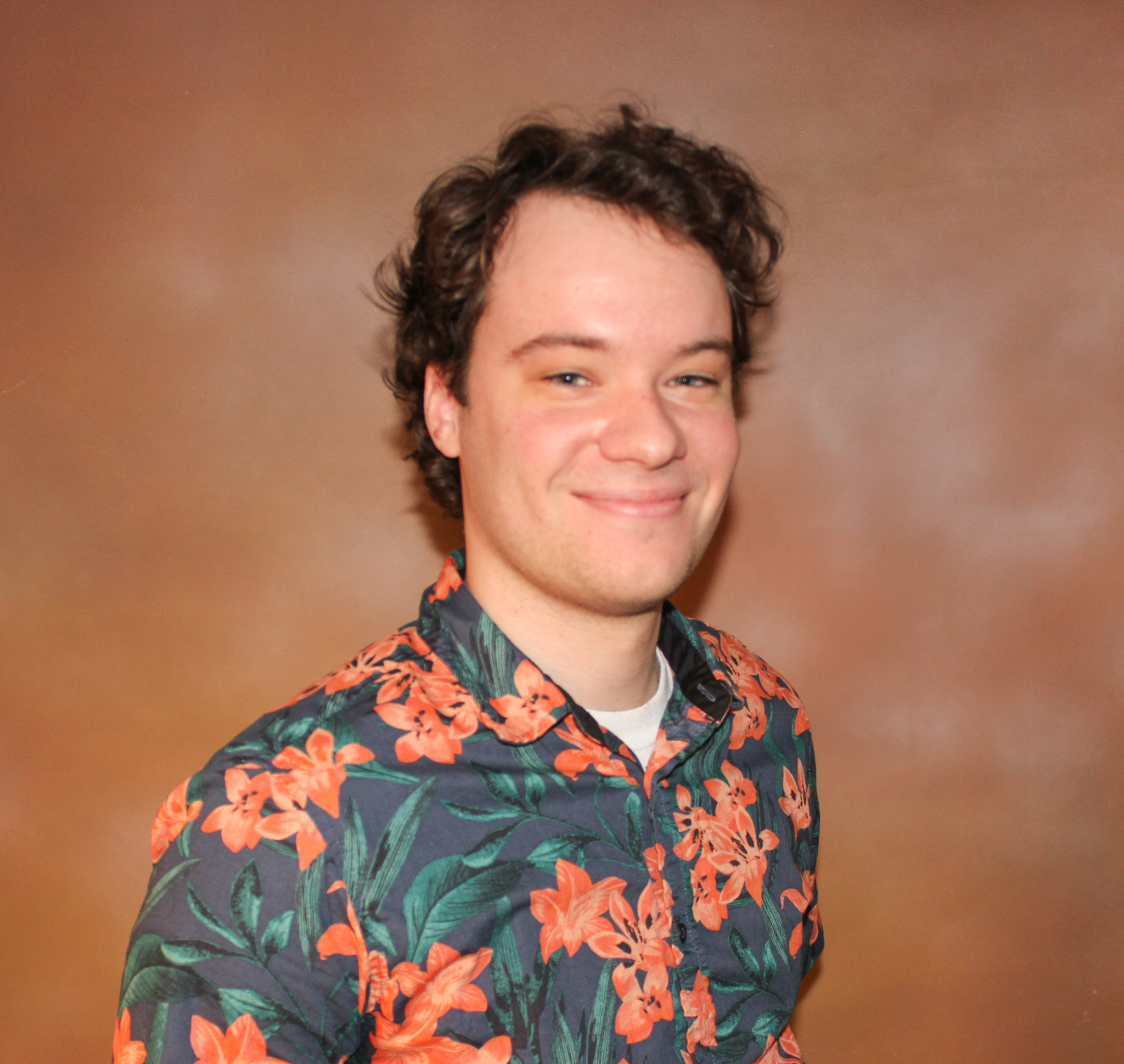