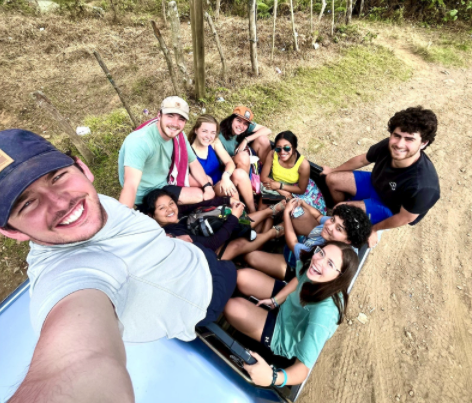 Over spring break 13 students from Benedictine College traveled from Kansas to Belize for a mission trip. Luke Pescarino, junior, was among them.

“Our goal was to bring smiles and joy to these kids. They welcomed us with open arms and were so hospitable,” Pescarino said.

Every morning they spent time working at the schools and put on soccer camps in the afternoon for the children. One student from Benedictine even brought his old soccer jerseys to give to the children.

They did a lot of maintenance around the small town as well. They painted picnic benches, a woman’s home, and the church.

Colette Breda, junior, attended the mission trip as well and encouraged others to go next time.

“I would most definitely do this again. This was an amazing experience,” Breda said.

When asked what the most memorable part of the trip was Pescarino stated,

“These people were so happy even though they had so little. Their faith was inspiring to all of us.” 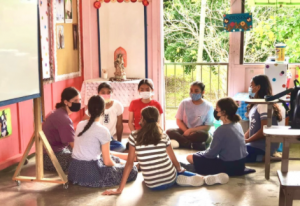 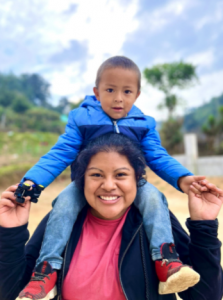 Nine students from Benedictine campus Fr. Adam of the Legions traveled to a small village of about 400 people in Guatemala over spring break.

The group’s mission was to rebuild a bridge that had previously been washed out by a flood.

Anna Schultz, freshman, was one of the nine students who traveled to Guatemala. She explained that the language barrier made it difficult to communicate.

“Despite the language barrier, the week was full of joy and laughter. These people are so self-giving. They gave everything to us without asking for anything in return,” Schultz said.

Schultz’s favorite memory was attending the Eucharistic procession up a mountain after daily mass.

“The whole town went in a Eucharist procession up a mountain. Even knowing I couldn’t speak their language I knew we were all United in catholic faith,” Schultz said.

Normally there are only 2 priests for the surrounding 30 villages. The people of the town only have mass once a month and confession for 5 months. This is because the parish is a 2 hour walk away.

“They were so thirsty for the sacraments,” Schultz remarked.

When asked if she would ever return to Guatemala Schultz replied,

Students from Benedictine College traveled to Alaska over spring break. Their mission was to get involved with the local communities and lend a helping hand.

The students spent a week in Alaska. They helped in the communities of Wasilla, Palmer and Seaward. All located around the Anchorage area.

Brooklyn Hannan, junior, was one of the 12 students who attended the trip.

“The biggest thing on the trip was the love from the community before they even met us. It was really humbling and a reminder that a service is meant to be simple. There is virtue in the simple acts,” Hannan said.

The students worked with a group called Praying Pelicans. They are based in Anchorage, and they connected the students to communities who needed help.

St. Therese Catholic Camp hosted the students for their stay in Alaska. The students helped perform maintenance for them during their stay. They also helped at Thrifter’s Rock Donation Center. They are a thrift store to provide for the underserved. They did maintenance work for the Heart Reach pregnancy Center as well.

One day the students were invited by the local parish to go to a birthday party. There they were able to interact and truly connect with the community.

“I feel like they helped us more than we helped them,” Hannan said.

Hannan encourages other students to attend mission trips as well.

“I have never talked to anyone who has regretted going on a trip. My advice would be to go and let the Lord work through you,” Hannan said. 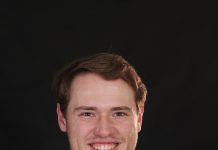