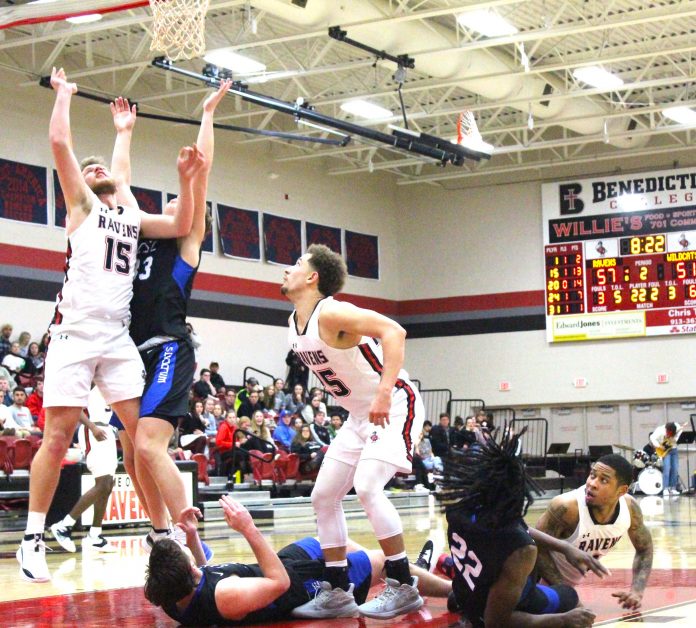 The Benedictine College Ravens reign victorious on the road in the first round of the Heart of America Athletic Conference men’s basketball conference tournament.

The Ravens defeated the Grand View University Vikings in Des Moines, Iowa on Wednesday with a final score of 95-88. The Ravens were led by the offensive onslaught of Jaiden Bristol and Matt Austin who collectively scored 51 points between the two of them.

Jaiden Bristol, a senior guard from St. Joseph, Missouri, ended the night with 27 points while going into halftime with only nine.

“We knew it was win or go home tonight so we were playing for each other out there and that helped a lot. We just weren’t ready to be done yet,” Bristol said.

Saxton Thuston assisted the team from coming off the bench, scoring nine points. The senior forward also had nine rebounds and two blocks. One of those blocks was a game-saving move at the end of regulation, which led to overtime.

“Getting the block felt good, we didn’t get the shot we wanted on the offensive end so it was nice to get the block to send the game into overtime,” Thuston said.

The Ravens were tested during the contest, as four of the five starters for the Vikings finished with double-digit scoring. The Vikings were led by their leading scorer Ryan Miller who ended the night with 24 points.

The Ravens collectively shot 49% from the floor, 37% from the three-point line and 82% from the free-throw stripe.

With Evangel University’s win over Mount Mercy University, the Ravens will be traveling to Springfield, Missouri on Friday to take on the Valor in the Heart Conference Semifinals. The winner of that game will play the winner of the William Penn and Central Methodist game also taking place on Friday. 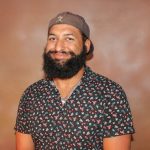 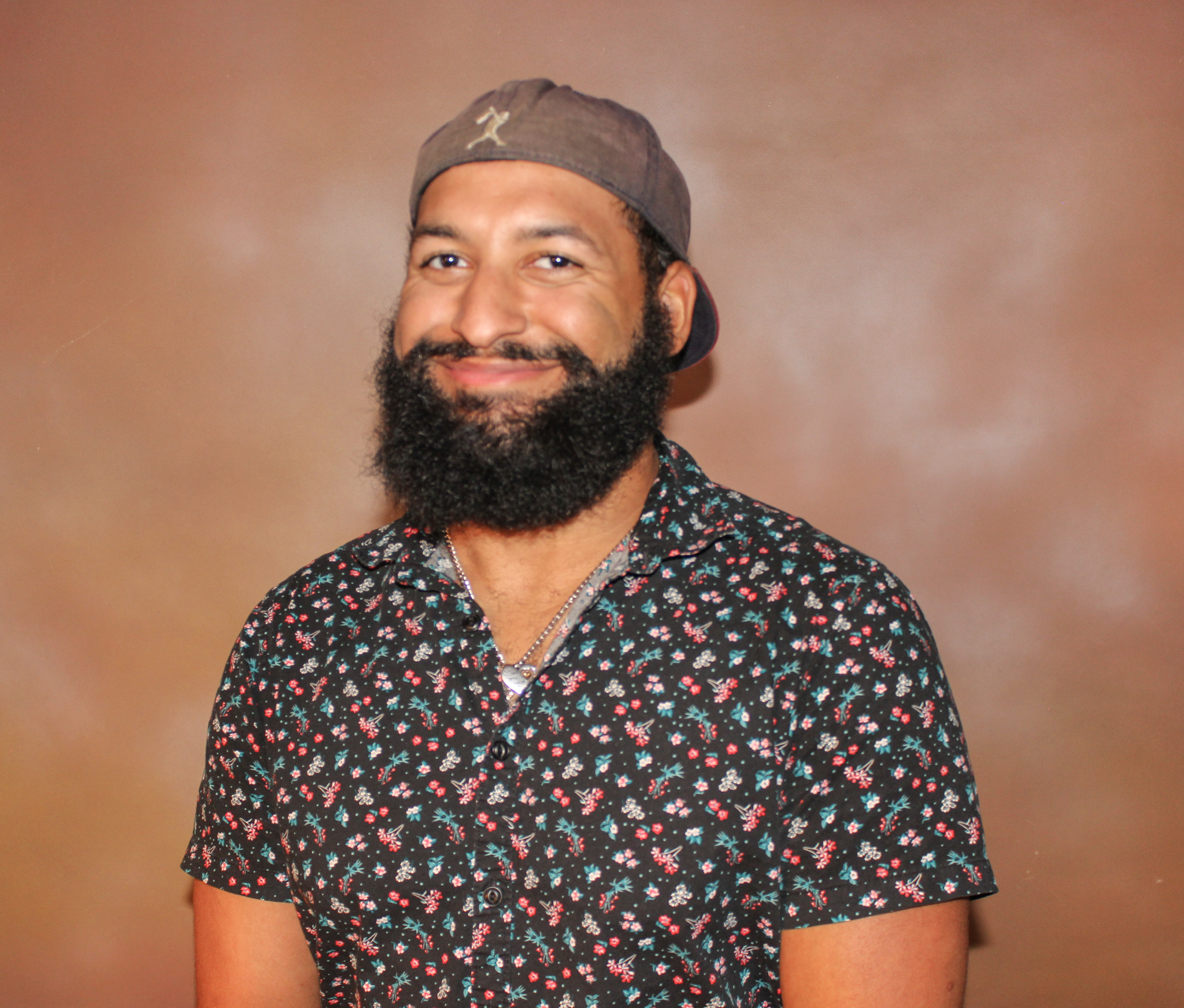