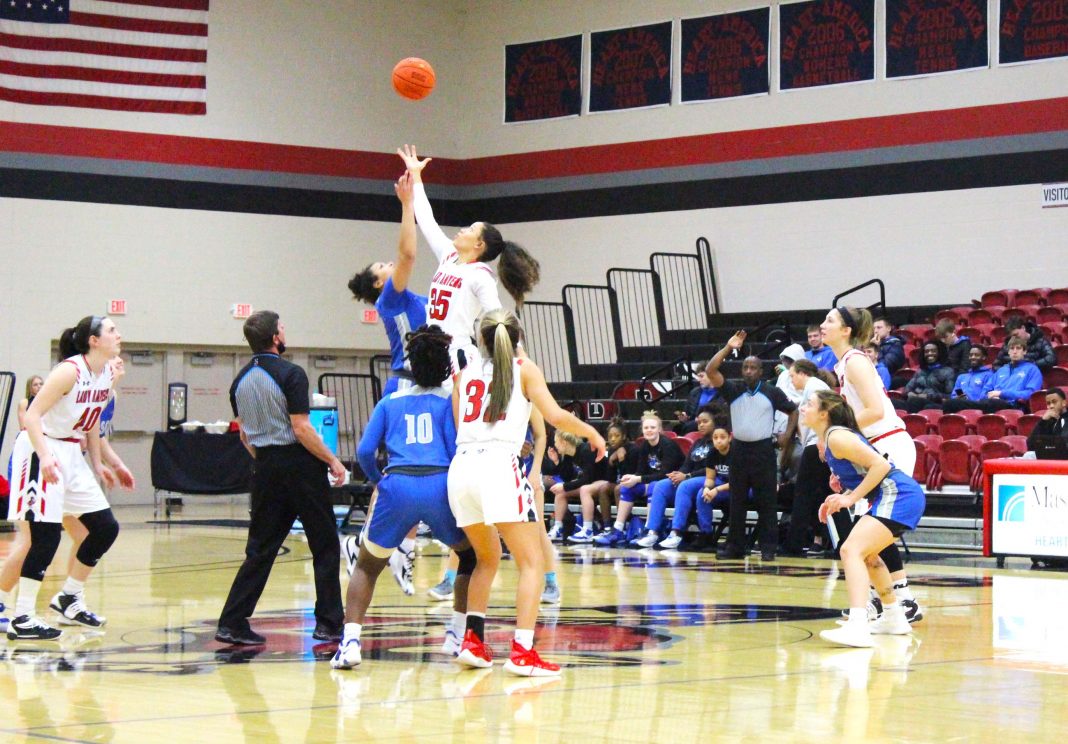 Skylar Washington, senior, a forward for the Lady Ravens, recently won the Heart of America Player of the Week award. She averaged three assists per game, shot over 50 % three-point range, scored 20 points against Culver-Stockton and 24 against William Penn, leading to victories.

For Washington, basketball had been integrated in her family ever since she was little when she started playing as a first grader.

Basketball has always been a huge part of the Washington family’s life.

“My dad had been my coach my whole life,” Washington said. “And my sister played basketball at Baker and Pitt State.

Washington was recruited by Coach Folsom when he saw her play at the NAIA showcase.

“He invited me on a visit,” Washington said, “and as soon as I came here I just loved it.”

Coach Folsom saw Washington as a valuable player who had great success early on in her basketball career. She went to Gardner-Edgerton High School where she was named Female Athlete of the Year and was listed as one of the top 20 players in Kansas.

Each year, the routine for this Lady Raven remains the same.

“Starting in September we work out a few times a week which include scrimmaging, conditioning and lifting weights,” Washington said.

“Starting in October we start official practices. Usually, our first game is in November and goes until mid-March when the national tournament is,” Washington said.

This season was special for Washington, as she scored her 1,000th point against the Park University Pirates.

“It was cool, all my teammates were just really supportive, I remember after I just every single one of them a hug and it was a really cool experience,” Washington said.

The Lady Ravens currently have two games remaining until the Heart of America Conference Tournament. The national tournament awaits if they get selected or appear in the conference championship game.

With the season winding down, Washington will look beyond the basketball court when she graduates this spring with a degree in biology.

After a gap year, she plans to apply to med school.

“I want to become a dermatologist,” Washington said.

Her further ambitions include teaching basketball to the next generation of high school girls.

“I do want to coach,” Washinton said. “I usually coach in the summers because my dad is still a basketball coach, so I help him coach.”

On the Importance of Reading

New Atchison skatepark may be ahead of schedule