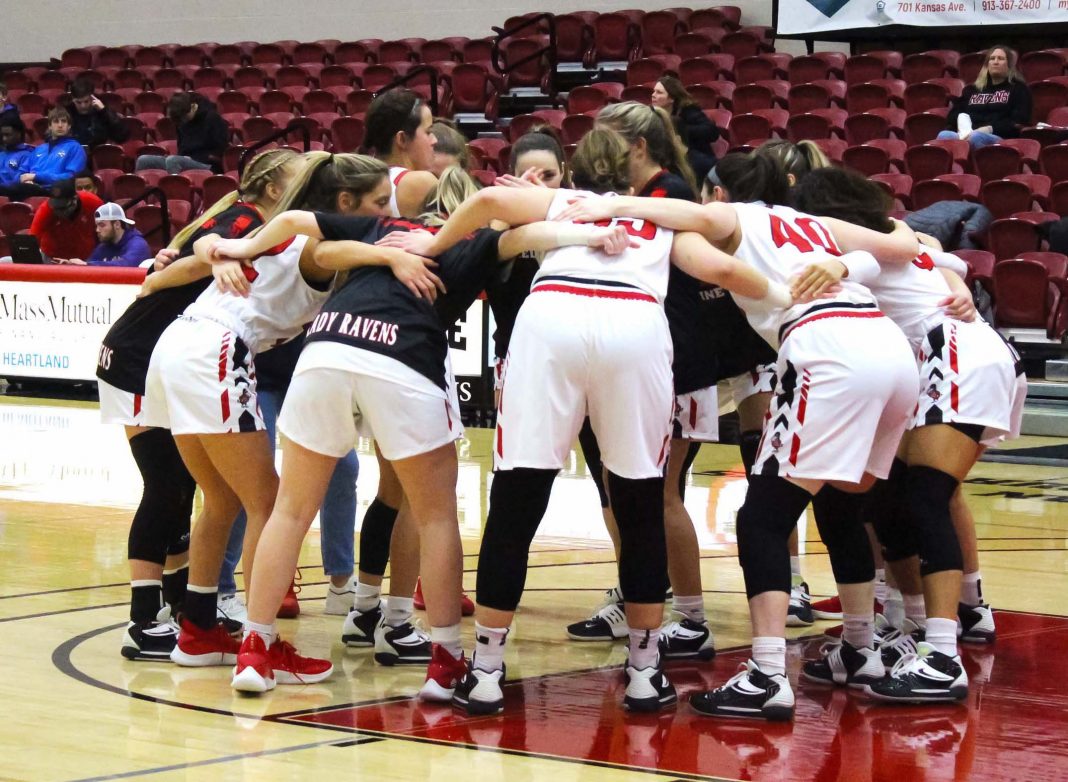 The Benedictine College Lady Ravens have found a rhythm, and it could not have come at a better time. After a three game winning streak they sit in second place in the Heart of America Athletic Conference South Division and fourth overall in the HAAC with just three weeks remaining in the regular season.

The Raven women entered this season coming off an NAIA National Tournament appearance last year and returned a lot of talent and experience, including four all-conference performers. Head Coach Chad Folsom was able to comment on how the team felt getting ready for the year.

“Definitely excited for the season, we had five seniors, we got four all-conference players returning, and we brought in a good group of new players to mix in,” Coach Folsom said.

“One of our team goals this year was to not only make it back to nationals but secure a conference title and because of the experience and talent we have on this team, I really believe that we can,” Carrasquillo said.

The Lady Ravens are currently sitting at 16-6, a mark highlighted by a dominant 9-1 record at home inside the Ralph Nolan Gymnasium.

Coach Folsom credited a lot of their success this year to what they have been able to do on the defensive side of the ball.

“Defensively this team might be one of the best defensive teams I’ve had. We’re holding team down to like 54 points a game,” Coach Folsom said.

The success of the defense has helped lead to three straight double-digit wins for the Raven women, as they were able to their opponents to under 60 points in all three contests. But this team has been successful in all facets of the game, not just defensively.

The Ravens 6-4 record on the road may seem lackluster when compared to their home success, but Carasquillo on how that winning record  on the road required a lot of mental toughness from the team.

“I feel like a big reason for our success this year has been having positive energy in practices and games and being able to bring it with us on the road,” the junior said

The Lady Ravens ability to dominate games at home and find ways to win on the road has them in a prime position in the Heart South as they enter the home stretch and look towards the conference tournament.

“We’re getting back on track and looking forward to a strong finish,” Coach Folsom said.

The Raven women control their own destiny in the Heart South, as they are currently tied with Central Methodist University for the top spot in the standings. Benedictine lost to CMU in Fayette, MO, back on January 3rd, but will have a chance to even the series and potentially take sole possession of first places when they welcome the Eagles inside Ralph Nolan Gymnasium on Wednesday.

That showdown with CMU is one of just seven games remaining in the regular season for Coach Folsom and the Lady Ravens as they look to take care of business in their division, prepare for a deep run in the conference tournament and hopefully find themselves with another chance on the national stage at the end of the year.