The Symposium on Advancing the New Evangelization, an annual conference held at Benedictine College which was canceled in 2020, commenced on Friday.

This year’s symposium was markedly different from past conferences, including the use of Zoom for one lecture and standard mask-wearing procedures for participants.

The convention entailed numerous presentations on theological and philosophical issues and their intersection with culture.

Dr. Matthew Muller, assistant professor of theology and program director for the Gregorian Institute, was the symposium coordinator. As such, his job has spanned a number of months in preparing for the event.

According to Muller, the biggest change from prior symposia rested in implementing proper COVID-19 precautions.

“We’re trying to be in a space that allows for more spacing of people,” Muller said. “That’s had some logistical concerns with it, but there’s a lot of people that are really happy to be in-person again.”

Two years elapsed since the prior symposium. Last year’s convention was canceled after news of the coronavirus pandemic, which also resulted in evacuating students from Benedictine’s campus to finish out the semester via remote learning alternatives.

Dr. Muller told The Circuit that when the pandemic became a factor to be reasoned with, there was no time to try to transfer the conference into a virtual meeting.

“We all had to figure out how to teach our classes,” he said.

Instructors became preoccupied with learning the new tools they needed for carrying out courses online.

While COVID-19 caused a number of issues that the symposium organizers had to reckon with, the technologies that have become commonplace over the past year had a role to play as well.

“I’m looking forward to his [Douthat’s] presentation because of the position he has,” Muller said. “He’s the one conservative who’s also a faithful Catholic at the New York Times. To have him be part of the conference is a big deal.”

Douthat’s keynote lecture on Saturday morning addressed social decadence and what he foresees its effects may be.

The two-day convention also served as a social event where both current and past students had a chance to mingle.

For Anna Mudd, a Benedictine alum and current graduate student at Christendom College, attending the symposium came with a twofold benefit.

“I wanted to come to the symposium…[to] meet the presenters as a young professional and discuss topics with my former professors,” Mudd said.

Others come to the conference out of different interests. Juliana Vowels, freshman, says the event provided some personal nostalgia.

“When I first wanted to come here, I came to the symposium,” Vowels said. “And that was basically my first impression of what Benedictine was like.”

Guests at the 10th-anniversary Symposium on Advancing the New Evangelization learned that the conference changed its title for future symposia.

The annual convention, launched in 2011, will be called the Symposium on Transforming Culture going forward. 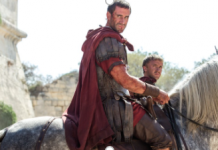 An inside look: increased enrollment, housing, tuition and retention