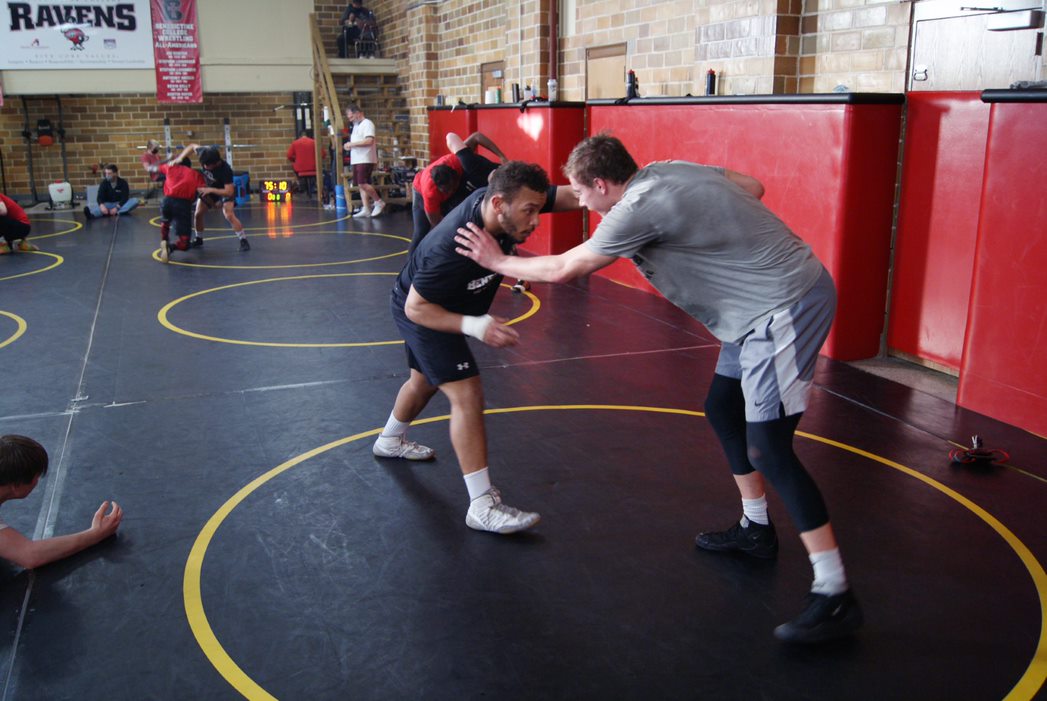 The Benedictine College Wrestling team is preparing for the upcoming conference tournament on Feb. 13.

Despite the COVID protocols issued by the Atchison Health Department and Benedictine College, the team has gone on to find success, and are aiming for a win at the Conference Championship.  The Ravens finished in 6th Place at the Heart Wrestling Championships

Keenan Graef, senior, set some goals for the year and believes the team can go a long way.

“As an individual goal, I want to be a National All-American. For the team, this is the largest number (33 wrestlers) we’ve ever had, and we were looking to compete and winning duels,” Graef said.

Graef was impressed when he saw the numbers of wins improved this year compared to previous years. The team won four matches last season and just two the season before.

Graef wrestled at 157 pounds this season and has an individual record of 8-9 with four pins.

The Ravens would usually play in tournaments earlier in the school year but had to change the structure of their season because of COVID-19.

Other adjustments included practicing in small groups depending on weight class and not able lifting as a team.

Tyson Albright, junior, believed they have practiced the same amount as they usually had in previous years but did not have as much time on the mat.

“It affects the progression in the sport, it’s just a different feel when you getting the same amount of mat time in a match when the stripes are out,” Albright said.

Even through the changes, Albright believes Head Coach Marcus Cobb had a positive outlook.

“Coach (Cobb) had been transparent with us and we’re getting better at being prepared,” Albright said.

Albright wrestled at 184 pounds this year with a record of 8-8 and three pins.