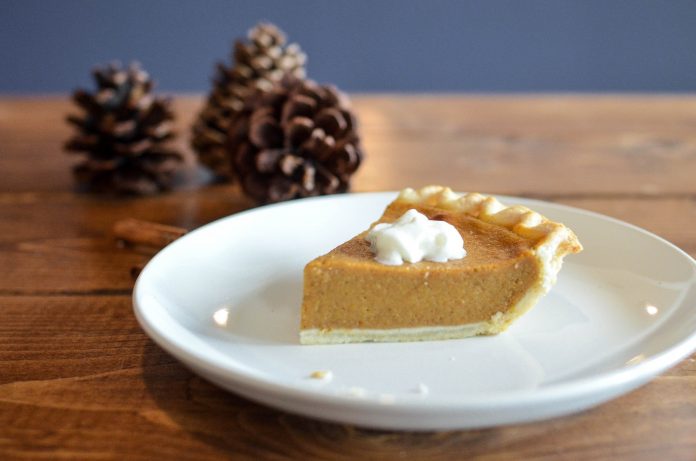 Happy Thanksgiving from The Circuit staff! Instead of telling you these stories around the dinner table, we decided to write about them. Enjoy columns, opinions and stories related to the Thanksgiving holiday from our entire staff.

We are incredibly thankful for your support of The Circuit this entire semester and look forward to telling more stories in the future.

Turkey for the Poor Souls

It’s all about the meat. My nine siblings and I were all raised to be voracious carnivores. Despite the stereotypical California veganism, meat reigns supreme in the Del Curto household. Whether it is baked or barbecued, smoked or seared, meat is always cooked with conscientious precision. Improperly cooked meat in my home is sacrilege, so when it comes to Thanksgiving, the turkey is no joke.

For most families, Thanksgiving is a time to come together with relatives, especially elderly relatives. In my family, my 97 year old maternal grandmother is always the guest of honor. She presides over every Thanksgiving in a manner fitting of a matriarch born in 1923. This means the honor of stuffing and trussing the turkey belongs to her.

Every Thanksgiving, going back as far as I can remember, my grandmother has sewn the giant piece of poultry, jam-packed with stuffing, closed with stitches to rival a seamstress. Considering how we treat meat in my family, this is an unmatched honor. I remember watching fascinated as she stabbed the huge basting needle, threaded with floss, into the raw flesh of the bird.

Once everything is finally cooked and set on our massive dining table, she takes her place at one head of the table, across from my dad who sits at the other, and the feasting begins. Anyone who has ever broken bread at the Del Curto table knows that meals are a ritual that are never to be rushed.

At the end of these long repasts, if the meal exceeds her expectations, my grandmother in her native Portuguese tongue will say, “Seja pobres almas,” which means “be it for the poor souls.” My grandmother uses this phrase sparingly, few meals does she consider so good that they must be offered for the souls in purgatory. Let’s hope this year’s meal is up to snuff.

I’m assuming some people gather with their families for thanksgiving, either at your residence or your family.  For my family, we rotate hosting duties.

In previous years, I had always helped clean the house if we were holding thanksgiving at our house, and watch Mom cook.  The rule was, and is to the best of my knowledge, whomever hosts makes the bird.

The years I watched Mom cooking, we never cooked the bird, but we would occasionally make the ham (we solved the so-called great ham-vs.-turkey-debate by having both).

Mom would usually contribute sides, always the green bean casserole, sometimes the stuffing, (my dad’s and my own favorite part of thanksgiving dinner) and a dessert.

The first year I helped, I contributed a dessert, banana bread.  Yes, it was delicious, and

yes, everyone loved it.  Then I started baking rolls from scratch, which weren’t as good the first year, but I think I nailed them at least once.  I want to help this year, but I’m a tad out of practice.

And now, in typical Rambler fashion, I want to turn things on their head and say something disconcerting.  Namely that whoever invented the sweet-potatoes-with-marshmallow- casserole should have stayed out of the kitchen.  I like sweet potatoes.  I do not like marshmallows, unless they have been burnt beyond oblivion and are wedged between gram crackers and chocolate.  Melted on top of mashed sweet potatoes does not count.  There’s nothing crunchy in that dish.  Gives me an idea, though.

I’m also not a fan of the inevitable monopoly game that will arise when everyone has a healthy does of tryptophan in their blood, and are beginning to nod off, only to wake up to discover that they have entered the never-ending game of real estate development.  The rest of the family hates the game too, apparently, as one year, after a particularly bilious game, they buried the entire game in the backyard while I was at work.

Then I was given it for Christmas.  I am proud to say, however, that we have never played it again.