Minority students believe that Benedictine College should do a better job at making them feel more included in the school’s culture. Benedictine’s student population is predominantly white and Catholic, often leading minorities to feel out of place.

The Black Student Union (BSU), the Hispanic Latino Club (HLC) and other minorities spoke about these hardships. The common term that these groups use to describe Benedictine is “white, Catholic and conservative”.

Leila Almanza, Benedictine College sophomore and secretary for the Hispanic Latino Club, had strong views about this issue from her experience at Benedictine thus far.

“As much as BC advocates for open-mindedness and their beloved community factor to draw prospective students in, they really filter everything on their campus, and respectfully so, through the lens of Catholicism,” Almanza said. “The Catholic culture they uphold here at Benedictine is one that is geared towards the white Catholic’s comfort rather than BIPOC (Black, Indigenous and People Of Color) Catholic’s acceptance.”

Almanza is not the only member of HLC with strong views based on the issue. HLC President Jessica Luna and Vice President Jazmine Diaz also shared their perspectives.

“I think the culture at BC is very conservative and they make it known. They are not very open to people who think differently,” Diaz said. “Even though all they ever do is preach about community. If that were true then there wouldn’t be so much division in the school.”

Luna explains that Benedictine will accept anyone, but once they arrive on campus, the events are focused on Americans and Catholics.

“If you do fit in as a minority it’s because you’ve molded yourself to fit into the culture of Benedictine and not your own. I think as a private institution, this school showcases what their audience wants to see and they worry a lot about their “image” but in all honesty, the voices of minorities are being silenced because it doesn’t fit their perfect picture,” Luna said.

Jordan Malcolm, Black Student Union President, had a troubling start when he first arrived at BC but that motivated him to speak up and be a part of the change.

“Students have said Black athletes (football players mostly) are intimidating to look at because of what we wear and how we talk. It also shows within how we’re treated. Like I said, if you aren’t Catholic, they don’t really value your opinion,” Malcolm stated. “As a Black student coming in, those comments immediately made me want to leave and go back home. Felt like I had no real purpose being at the school unless I played a sport. The school motto is “Treat everyone as if they are Jesus Christ himself” but many of our Catholic students don’t live by that standard. And it shows on campus.”

Malcolm remained steadfast through his poor experiences thanks to a conversation he had with his father.

“He told me to just keep my head low, focus on my degree and play football. But I knew I couldn’t just stand by and keep quiet when many of the minority students continuously have to deal with prejudice and racist comments,” Malcolm said. “When I first became BSU president, some administration and students didn’t even know we were a club. I felt it was necessary to really use my voice when students and even a professor over the summer have said that racism doesn’t exist on campus.”

Benedictine President Steven Minnis acknowledges the lack of diversity on campus, but also believes that we must build a culture from love.

“This is a really important issue for us and we want to be the best that we can be at everything we can do. But reality is reality. We are a small Catholic institution in a rural area,” Minnis said. “It’s not surprising that the majority of our students are white, but this is a great opportunity for the college to recognize the importance of diversity on our campus and to move forward with this.”

Minnis explains that Benedictine is not perfect and that there is plenty of room to grow to become a more inclusive institution.

“Are there persons on our campus that are racists or insensitive? Yes, because we are made up of sinful people. All of us are, and if you have an organization of sinful people then sins happen,” Minnis said. “But, we as an organization have to continue to preach what we believe which is a culture of love and community, faith and scholarship.”

Minnis continued saying that these sins come from a lack of understanding of the Gospel image of love and the necessity to embrace the Benedictine value of treating all persons as Christ.

BSU and HLC will help students learn more about their cultures while helping them understand using this image of love. Contact Jessica Luna for more information on joining HLC and follow BSU on Twitter here for updates for club meetings. 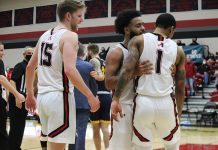 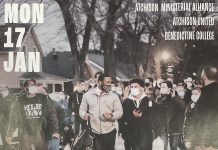 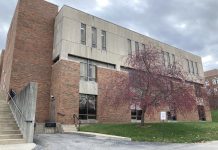 A license for a ‘bird’s-eye’ view