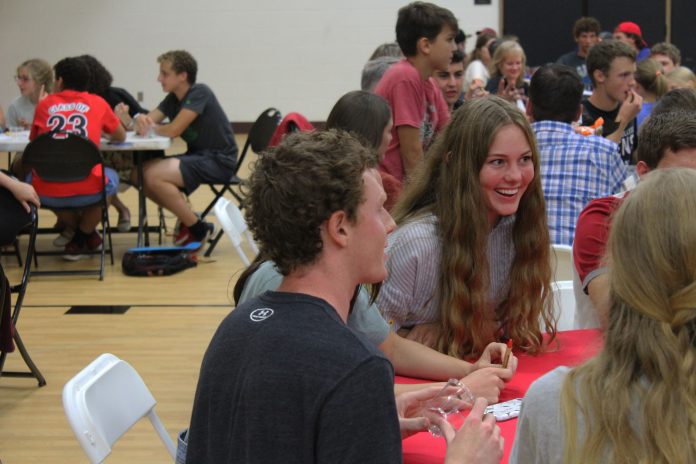 The use of technology has allowed students and faculty to come together virtually for fun and entertainment since COVID-19 has restricted physical interaction on campus.

Virtual platforms such as Zoom and Youtube have allowed campus events, such as Trivia Night, Jam for the Lamb and Emmaus night to be held for those needing a break from classes.

The third virtual trivia night of the semester will be held on April 30 online through Zoom and Kahoot. Students, faculty and staff were all invited to participate.

Diane Holly, director of student activities, said they have received good responses from the first two trivia nights due to the ability to gather virtually.

“It was one of the first times for a lot of people to see everyone outside of their classes. It was really nice to have that kind of a setting where everybody could get together outside of classes and see each other’s faces and hang out and doing something fun together at the same time,” Holly said.

Jam for the Lamb

Kylie Mulholland, senior, would not let such a thing as COVID-19 cancel this annual Benedictine College event.

Students and their families will be able to watch the program through access to YouTube and social media on May 1.

Performers were able to submit their acts online which were then combined through iMovie by Mulholland. The MC’s had their own talk show in-between acts called “The Zach and Tatum Show.”

“I hope people tune in and find entertainment in and it brings families together,” Mulholland said.

On April 20, students and those going through the RCIA program tuned in virtually through Zoom heard the testimony of Dr. Stephen Miarchi and Claire Haroldson on the topic of “Catholic Family Life.”

Meredith White, junior, is one of the team leaders who helped put the night together found the night very informative, especially about how to live out the time waiting before getting married.

“She was saying to take it as an opportunity to grow in the virtue of generosity and charity and find opportunities to serve others because that’s what you do as a mother and a wife. I was like ‘no one’s ever told me that before! Wow,’” White said.

White has found the virtual Emmaus nights to be very nice because both students and their families were able to tune in and benefit from the talks.