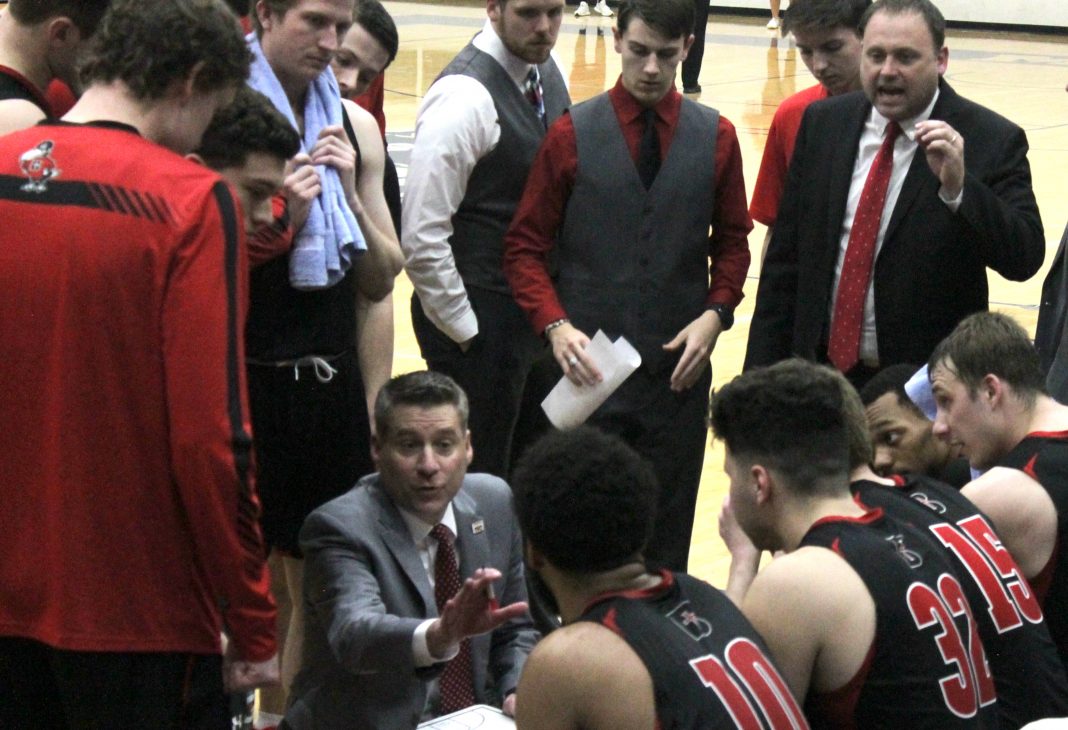 Head coaches know how to give perfectly worded answers in interviews, some people call this ‘Coach speak. New England Patriots Head Coach Bill Belichick is renown for this art form. It is often difficult to receive an honest answer from head coaches in a spur of the moment interview.

Even in the Heart, it can be tough to receive an honest answer without the occasional ‘coach speak’. In the 2019-2020 Heart Men’s Basketball Coaches Survey, coaches gave honest, truthful answers to some of the hardest questions regarding the state of basketball in the NAIA. Such as, is the new NAIA postseason tournament format a good thing? Who was last seasons most underrated player? Which venue do coaches dread traveling to?

Eight out of the thirteen Heart men’s basketball coaches answered an anonymous survey to these questions and more. Some answers are tallied above eight answers because the coaches could not choose one exact answer.

Who is the Best Coach in the Heart 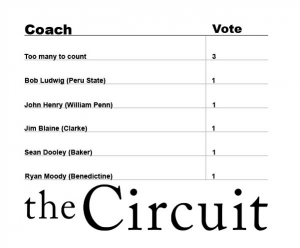 It makes sense that the lead answer was ‘too many to count’. There have been seven different Coach of the Year award winners in the Heart since 2010. Coach Blaine from Clarke receives a nomination from a fellow coach, most likely for his impressive job this season. Blaine received the 2019-2020 Heart Coach of the Year award as the Pride finished 24-9 along with a bid to the NAIA National Championship.

“Whomever has the most talent that season.”

“Bob Ludwig. His teams are always sound defensively and he fits his offense to his player’s skills each year.” 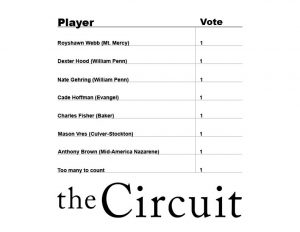 The most indecisive answer amongst the coaches, each coach picked a different player, while one coach could not choose. This was definitely the hardest question to answer with so many good players on every single team this year.

Heart Conference Player of the Year winner, Dexter Hood, received a shout as the most underrated this season. Hood averaged 20 points per game while adding just under 7 rebounds per game. Cade Coffman and Anthony Brown were also All-Conference 1st team members.

“I tried to look thru All-Conference voting just now and literally couldn’t pick. So many good players!”

What school has the best away venue? 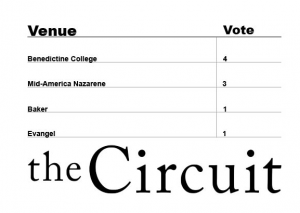 The Ravens receive the nod from the Heart coaches as the best away venue. The Ralph Nolan Gymnasium is one of the premier spots in the Heart. In 2019, it was host to the Heart Championship game between the Ravens and Peru State for one of the most electrifying atmospheres seen that season.

What school is the hardest place to play? 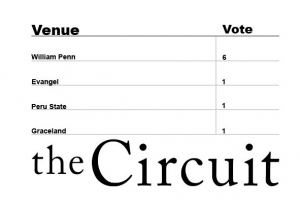 Which away trip do you dread the most? 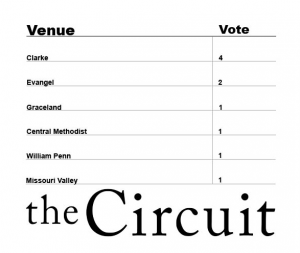 The geographical location of each coach’s campus was the reason for their choice in this question. Southern schools in the Heart do not enjoy the long trek to Dubuque, Iowa for their contest against Clarke. Likewise, the northern schools dread going to Evangel in Springfield, Missouri.

Clarke finished with a 12-5 record at home, while Evangel finished 9-5 at home. These long travel days that teams endure may benefit the Pride and Crusaders all season long.

Which is the best state to recruit from? 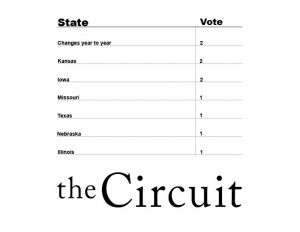 Majority of the coaches picked states that were relatively near their campus. Some coaches said the answer changes each year while one coach ventures down to Texas to find the best basketball players for his team.

“We believe there is plenty of talent within 3-4 hours of campus to compete for titles.”

Besides the Heart, what is the best conference in the NAIA? 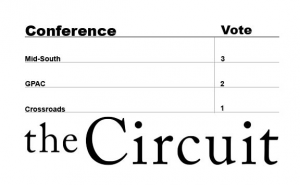 The Mid-South Conference was rated as the best conference to the Heart. Five national championship games in the past ten years have seen a Mid-South member in the final. Last season, Georgetown College in Georgetown, Kentucky won the National Championship and has quickly become a NAIA powerhouse for basketball. NAIA Division 2 conference, Great Plains Athletic Conference was mentioned by two coaches. Morningside College and Dakota Wesleyan are perennial powers nationally in the division two ranks. Morningside in Sioux City, Iowa was ranked as high as third in the country this season and finished with a 27-3 record.

Is the combination of division I and division II, a good thing for the NAIA? 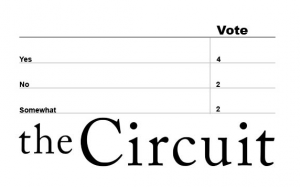 The majority of coaches decided to agree with the choice to combine both division one and division two of the NAIA.

“Yes, I think so. I think it will be a good number of programs competing nationally.”

“I personally don’t feel there will be a significant affect although time will tell.”

Is the new National Championship format good for the NAIA? 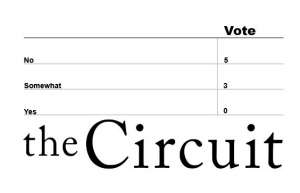 The NAIA decided to change their postseason tournament format due to the combination of division I and division II. Next season, 64 teams will enter the national championship, 16 different pods with four teams will play. The winner of each pod will move on to the final 16 teams in historic Municipal Auditorium in downtown Kansas City, Missouri.

The change of having only 16 teams in Kansas City rather than the usual 32 teams is the toughest change, in the opinion of the Heart coaches.

What the coaches said

“Reorganizing the oldest and most traditional national basketball tournament in the country is definitely controversial. I am a fan of 64 teams in the tourney, [but] not a fan of only 16 at the final site; however it does bring basketball in line and comes similar to other sports.”

“Having grown up watching NCAA D3 and their tournament and the excitement of on campus, four team sites, I’m OK with the change. I believe and hope after a few years this will be the new normal and everyone will adjust.”

“I don’t think so – simply because the NAIA has always been about providing experiences and in my opinion we have removed post season experiences for student athletes.”

What town has the best post-game meal? 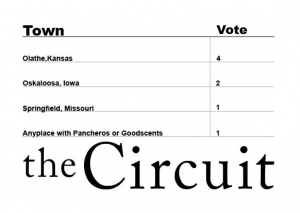 MNU head coach, Rocky Lamar has it all, according to his fellow coaches. Kansas City BBQ was the top answer followed by William Penn. Coaches and players are licking their lips for great BBQ when they travel to MNU to take on the Pioneers!