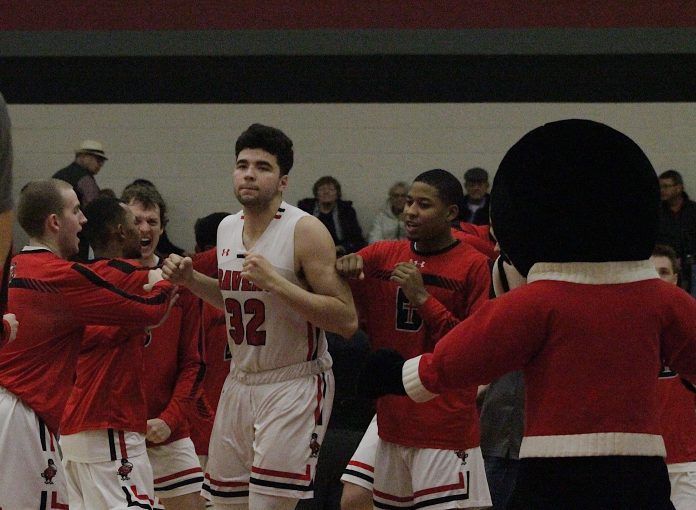 The Ravens are taking on Clarke in their biggest game of the season so far. Benedictine is sitting in third place in the Heart while Clarke is currently in second only behind William Penn. The Ravens are trying to get into the second spot which will help elevate their chances of making an at-large bid for the NAIA National Championships in Kansas City, Missouri.

Last game, the Ravens used their hot shooting streak to defeat Evangel 78-65. Benedictine shot 54% from the field including 70% in the first half. Jaiden Bristol led the way with 15 points including 8 rebounds and 5 assists. Matt Austin and Jayden Temme stayed productive in the win with both players scoring 11. The three headed monster of Bristol, Temme and Austin has been dynamic since the winter break.

The Pride have only lost three games since beginning of December. They were able to defeat the Ravens on a buzzer beater by Keith Johnson on December 14. The Pride knocked the Ravens off 74-71 in a back-and-forth game.

Star player, Darius Lasley, has been hampered by an injury over the past couple of weeks, but he came back with a huge game against Graceland on Wednesday. Lasley scored 31 points on 8 of 12 from 3 point range. Lasley has been averaging over 17 points per game this season and is in serious contention for Heart First Team All-Conference.

The Ravens have been playing great defense and it will need to continue if they want to defeat the Pride in Dubuque. Benedictine has been holding offenses to under 63 points per game over the past five games. The Pride are averaging over 82 points per game this season. Efficient offensive play by Clarke or stout defense by the Ravens will be the decider on the outcome of this very important game in February.