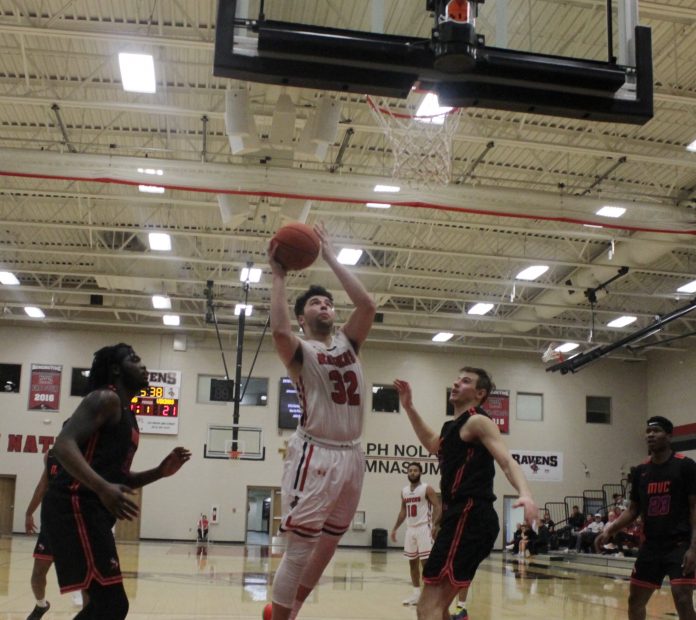 The Ravens take on the Crusaders of Evangel University in Wednesday night’s Heart matchup. Benedictine has won six out of their last eight games. Their most recent game against Mount Mercy saw the Ravens win in dominant fashion, 101-65.

The Ravens had an offensive explosion in the second half of their contest against Mount Mercy. They scored 63 of their 101 points in the second half were they shot 85% from the field. Jayden Temme finished with a career high 26 points on 9 of 12 shooting.

Ten of the fourteen players that saw action finished with a basket as the Ravens eclipsed the century mark for the first time this season.

The Crusaders come limping into the game against the Ravens. They have lost three straight games after winning four in a row.

The Crusaders beat the Ravens earlier in the season with the final score finishing 86-74. Evangel finished the game with four of their five starters scoring in double digits.

Evangel’s best player, Cade Coffman, has been extremely efficient this season. Coffman is averaging over 20 points per game over the past six games. The Ravens need to keep him under control to have a successful game.