Loving the Church Through Scandal 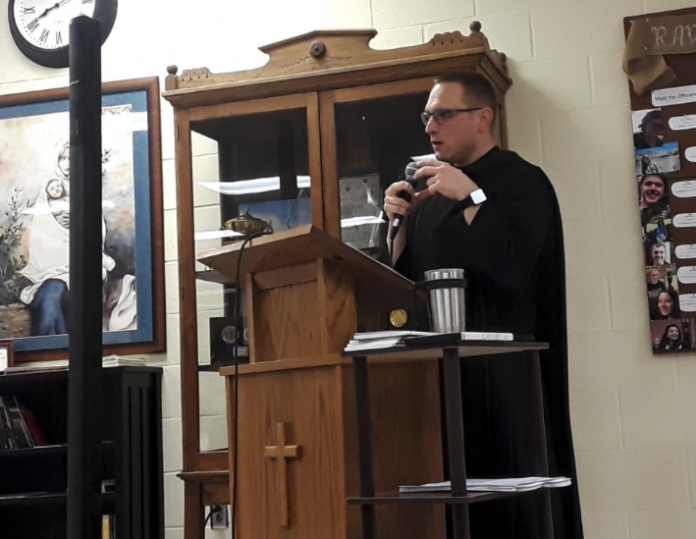 Students were gathered on the second floor of the John Paul II Student Center on Monday night at for a talk from Brother Leven Harton about Loving the Church Through Scandal.

Early on, Harton, a monk and Vocation Director for St. Benedict’s Abbey, stressed that it is important to love the Church while still living the reality of being called to live in the Church even during time of trial.

The trial Harton is referring to is the revelation beginning in 2002 about high ranking members of the clergy covering up the sexual abuse of minors by priest that lasted over sixty years.

Harton cautioned the group not to brush off this reality and turn a blind eye to it which has been going on for the past sixty years or so.

In encountering the effects of the sex scandal though living at the Abbey, he sees how it has transformed his Order and the Church with more guidelines and precautions set in place to prevent such a scandal from happening again.

“Many people have suffered because of our church and the silence imposed on them. And on behalf of them, we have a sacred duty to acknowledge this pain and stay with it,” Harton said.

After the talk a Q&A session followed talk.