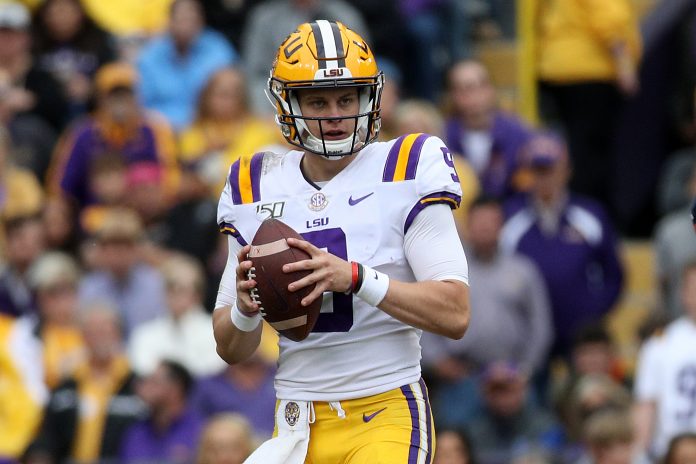 In New York City on Dec. 14, at the New York Marriott Marquis in Times Square, the winner of the 2019 Heisman Award will be announced.

Leading up to the Heisman Award night, there is a lot of media and publicity, discussions and debates, and big-time football games surrounding those who are in the talks of receiving the award.

When it comes down to the big-time games and all the stats, the LSU Tiger’s quarterback, Joe Burrow, is probably going to be the best pick to win with the way he has played this season.

Benedictine’s Football Coach Stammers thinks highly of the star-studded quarterback and sees a good possibility of him lifting the Heisman Trophy.

“He’s the starting quarterback for an undefeated team that’s got a chance to go pretty far in the College Football Playoffs,” Stammers said. “He’s got as good as a chance as anybody.”

His stats this season has big numbers. The 6-4, 216 lb. quarterback has already broken the single-season record for LSU football program with 41 touchdown passes for 4,366 yards. He has 6 interceptions and has a 78.9 percent completion percentage, along with a 93.4 quarterback rating.

He has some of the highest rankings in those categories among NCAA Division I football teams. He is 2nd in the nation in passing touchdowns and yards, 1st in completion percentage, and 3rd in quarterback rating.

“Those are all great numbers and a high-profile program doesn’t hurt and high-profile league [SEC],” Stammers said. “I won’t say he’s a lock, but he could be.”

If Burrow’s stats and rankings are not impressive enough, he also has four wins against  Southeastern Conference Top 10 teams in Texas, Florida, Auburn, and Alabama. ESPN shows the Tigers have the 4th toughest strength of schedule nation-wide.

The only thing now is to wait and see what happens on Dec. 7 when Burrow and the Tigers play Georgia in the SEC Championship, and a possible College Football Playoff.