A new renovation: The Legacy Field 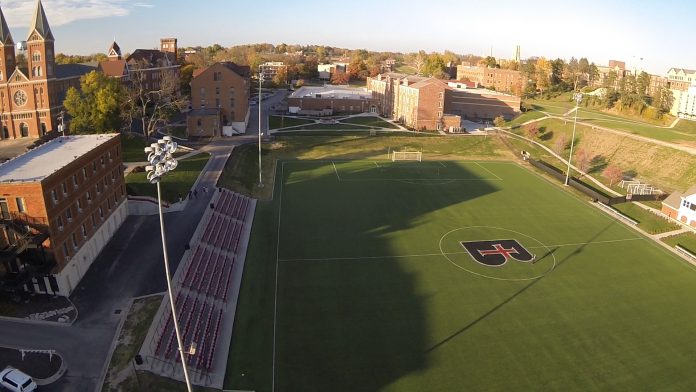 The field located near Legacy Hall at Benedictine College has been renamed, The Legacy Field, which has been home to many alumni, parents, benefactors and current students.

Steve Johnson, Director of Marketing and Communications is the spokesperson on behalf of the new field.

According to Johnson, there has been many donations made including turf, the re-lining, chair back seats, the scoreboard, and lighting.

“Dozens and dozens individually gave to name each of the chairs so it’s not a single donor.”  Johnson, mentions. “The building is the John Casey Center. It was never really renaming, because the John Casey center is still there. However, it’s just the field that received a name.”

Johnson mentioned  the individual donations for the field turf and the re-lining came from soccer participants and lacrosse fans.

According to Rosemary Wilkerson, Executive Director of Development, there was a big donor for the new scoreboard, but they had chosen to remain anonymous. There was also an upgrade in lighting on the Legacy Field, who was also a big anonymous donor.

“It was completed with donations by multiple alumni and friends.” Wilkerson said.

The Legacy field is one of the few establishments on campus that has not been given an individual or family name.

“It’s basically our Raven family, it’s all of our friends, parents, donors, alumni. They all came together and gave individual smaller amounts to build up and be able to do that stuff. All of their names are on the back of those seats.”  Johnson concludes.