Home Sports Football No. 12 Benedictine vs No. 18 Baker University preview 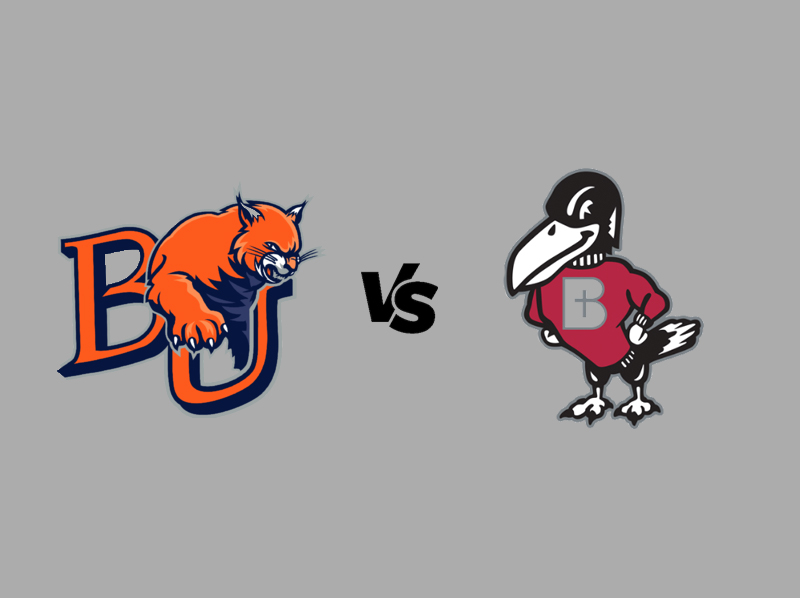 The Ravens are taking on their rival, Baker University Wildcats, this weekend. The Ravens are coming off of an impressive victory over MidAmerica University 50-14. Senior quarterback Shaefer Schuetz did not finish last week’s game due to a lowerbody injury, but he should be ready to play against a sharp Wildcats team. If Schuetz is unable to play, sophomore quarterback Garrett Kettle will play. Kettle looked comfortable in the pocket for the Ravens who threw for 84 yards and rushed for 36 yards, last week.

Senior Marquis Stewart was a full go against MNU. Stewart rushed for 110 yards and 4 touch- downs while wearing club shaped padding to protect his injured hand sustained two weeks ago.

Stewart and Schuetz will need to be ready for a rivalry clash against a team that is 7-2 and 3-0 in conference play.

The Wildcats are led by first-year Head Coach Jason Thoren. Thoren has been with the Baker for the past 15 years serving as the defensive coordinator. Thoren was upgraded to head coach after previous head coach, Mike Grossner, was terminated for “violations of the University Code of Ethics and Code of Conduct policies of a financial nature and his employment ,” according to Baker’s athletic department.

Baker controls their own destiny for the Heart South Championship with their final two games against the Ravens and Evangel.

The Wildcats offense goes through running back JD Woods who has 12 touchdowns and averag- ing 144 yards per game. He is the threat out of the backfield while his quarterback Marco Aguinaga facilitates the offense. Aguinaga is averaging over 200 yards per game passing and his favorite target, Sam Huckabee, has received 11 of Aguinaga’s 16 touchdowns.