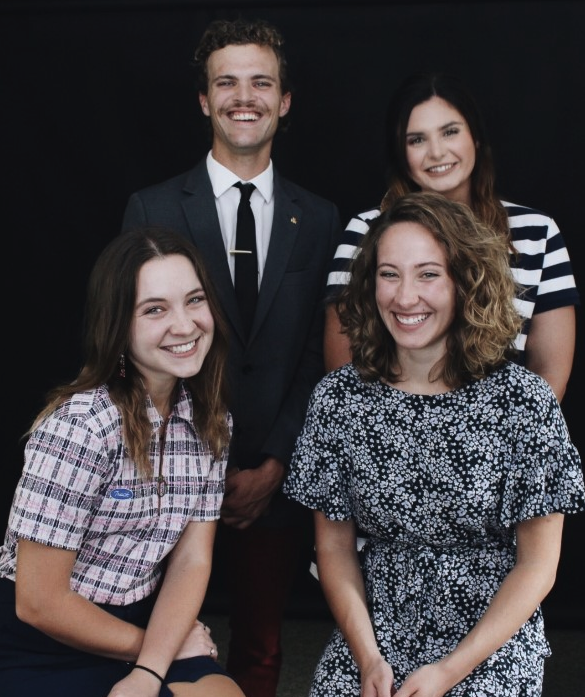 While a student’s First Amendment rights are protected in various ways at public institutions, on a private college campus they are not as clear.

In recent weeks, there have been decisions that call into question the first amendment’s presence on campus.

In Japanese culture, anime is the name for animation. This style of art has a unique and recognizable form that many may have encountered through comics growing up. However, anime is created for both children and adults in Japanese cinema.

A few weeks ago a car on campus with stickers depicting anime women received several complaints due to the provocative nature of the images. Many of the stickers showed cleavage and revealing outfits worn by the female characters.

Rojas, a fan of anime, has both male and female anime figures on his back windshield. Except now the women are covered with black duct tape.

The question arises: what is the function of the first amendment and freedom of expression on a private college campus?

A few people may remember an incidence a couple years ago involving a student hanging a rainbow flag from his dorm room window. Universally, the rainbow flag is a sign of alliance with individuals who identify as LGBTQ+. The student was asked to take down the flag.

While some may say this is a similar instance, Rojas’ car was private property entering the campus. While the flag was hung on school property, the is a mobile vehicle and privately-owned space.

However, by entering campus, the car loses its ability to function privately.

As a private institution, the college does have the ability to place the college’s mission and values above the freedom of expression. Students give their consent to this by attending Benedictine college.

We cannot pick and choose what parts of the Constitution we wish to value.

The Constitution protects freedom of expression even if it is offensive.

Supreme Court cases such as Cohen v. California (1969) and most recently, Iancu v. Brunetti (2019) in which the court ruled that a clothing designer had the right to use the phrase FUCT, closely resembling another cuss word, ing the protection of expression.

While the college is a Catholic institution, students will be entering a world upon graduation where not everyone is Catholic.

We must learn how to interact with things that make us uncomfortable or question our values without completely censoring it.

As a college that values the liberal arts, the college should also value individual students’ appreciation for art and cultivation of free thinking.

While some may argue the stickers on Rojas’ car are not art due to their depiction of women, one could also say the same about Michelangelo’s “David,” a famous piece of art depicting a nude man.

Students may be unfamiliar with anime and the cultural significance of the art form, but that does not mean it is offensive.

If anything, these instances cause us to question how we face adversity. If something makes us uncomfortable should we go tell our parents like we did as little children or confront the problem head on?

Asking ourselves: why does this upset me and how can I learn to understand it through the process.