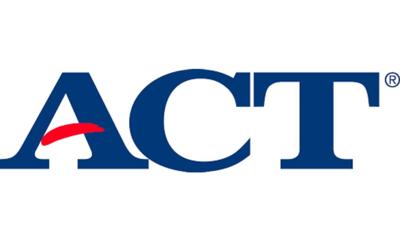 The ACT recently announced that they will be implementing new changes to the system, potentially helping high school students gain higher scores, on Tuesday, Oct. 8. These changes include retaking certain sections of the test, online tests and “super scoring” tests.

These new changes were made to improve students’ chances of succeeding in college. Suzana Delanghe, ACT chief commercial officer, said the new options will support “more choices, an improved testing experience, and a better opportunity to show their readiness” in an article online.

“If you did really bad on reading and you’re pretty solid on science, it doesn’t make sense to go through the whole science thing again,” Lingor said.

The minimum ACT score for acceptance into the college is 18. Higher ACT scores can also lead to higher-paying scholarships. A minimum ACT score of 27 is required to be considered for programs such as Presidential Scholars and Gregorian Fellows.

“I always tell students to do their best and we will work with them along the way as they take the ACT,” Caudle said.

Some concerns raise changes, allowing students to focus less on one section, only to retake it later. Langor noticed this possibility but feels indifferent to whether it is actually possible.

“I guess it really depends on what the ACT really measures,” Lingor said.

When it comes to potential Benedictine College students, there may not be much of change. Becca Caudle, director of admission, said these new changes will not have an effect on students.

“Colleges that super score it will effect obviously, but we don’t (super score),” Caudle said. “We look at your raw composite score and look at that when it comes to admission processes.”

Overall these changes to the ACT could have an impact on high school students in their quest for higher education.

The ACT plans to implement these changes next year in Sept. of 2020.