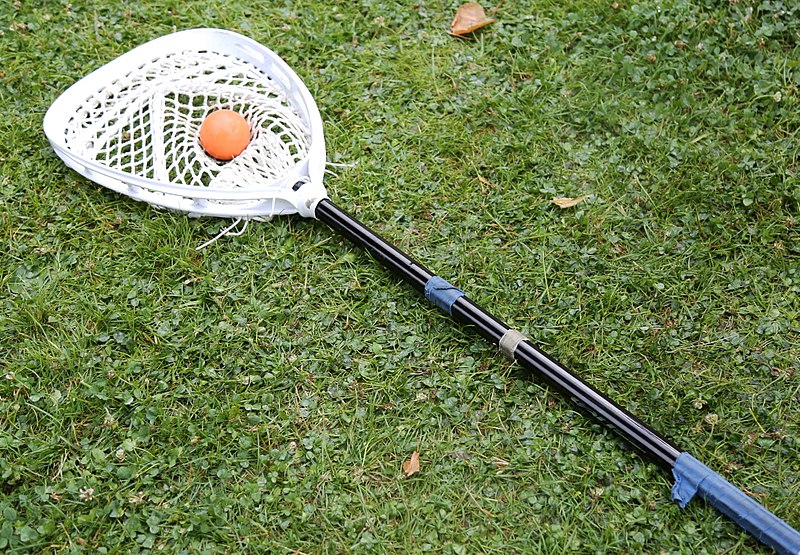 The Raven Women’s Lacrosse team is currently on a roll as they currently sit at a number two ranking in the nation with eyes on the number one spot.

With a 8-0 overall record and yet to record a loss in their 2019 season, the Women’s Lacrosse team have beaten all the teams they have faced in impressive fashions. The closet game the team has played has been NCAA Division II Rockhurst in which the team won with a final of 17-12.

During spring break, the team went on an undefeated road trip which including wins over ranked opponents with high scoring games that saw the Ravens continue to win.

“Over spring break the team grew even closer and we showcased that while playing at a high level, its fun to be a Raven right now,” said Megan Ostrander, a sophomore defender.

Along with the number two ranking, the Ravens also earned the programs first ever, first place vote.

“The team is proud of what we have done, we have made it to the national tournament before but we are hungry for more,” Ostrander said.

The program has five games remaining with a anticipated contest against Ottawa, the only other team in the KCAC to receive any kind of top ten placement votes.

As a team, the program holds nine top ten placements for national stats including ranking fourth in goals scored with 122. But more impressively the team ranks fifth in both assists per game and total assists with 169 of them.

“Our offense is very unselfish and we want each other to succeed and to continue to put up high scoring games, it’s fun to see from the other side of the field,” Ostrander said.

You can follow along with the Women’s Lacrosse team as they take on Clarke this Thursday at home. 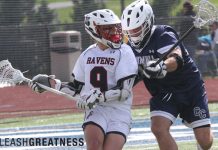