John Danner: from malaria to mileage 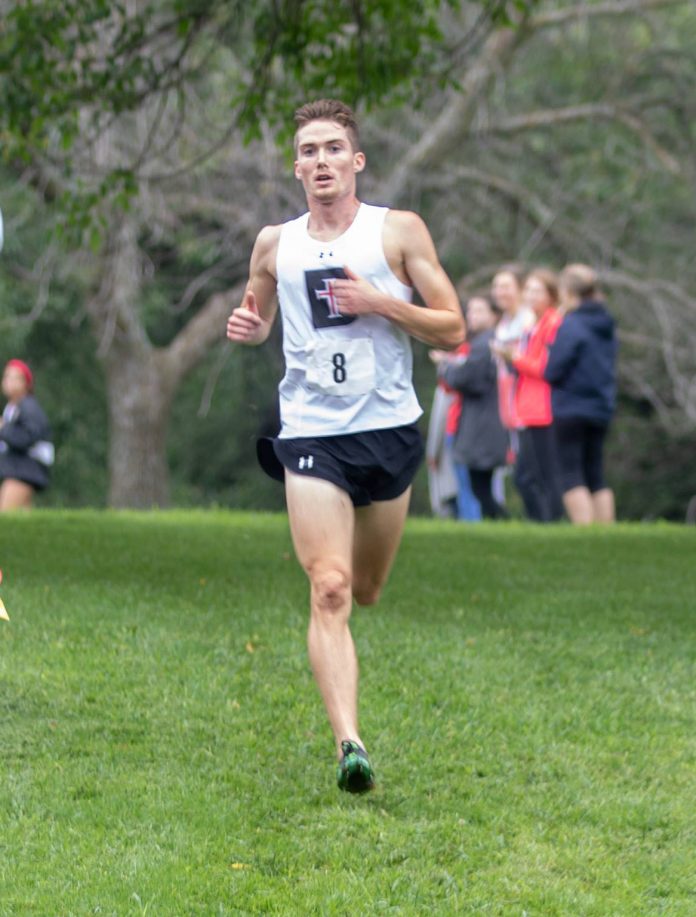 John Danner, a senior member of the cross country team, has hit his stride this season.

After taking this past year off due to a number of unwelcome surprises, he has been able to make up for the lost time.

Upon contracting Malaria and getting a foot infection during a FOCUS Mission Trip in Africa, and facing some financial difficulties, Danner was forced to sit out for the 2017-2018 season.

However, this year Danner says that he has been putting up more mileage than ever in his life, and it has been paying off in his races.

Danner’s results prove this to be true.

Danner finished 34th overall in the Roy Griak Invitational, which was hosted in Minneapolis, MN and had 351 runners.

He was the top NAIA runner in the 8k race coming in at a time of 26:36. His success earned him the honor of “Runner of the Week” for the Heart of America Athletic Conference for the second time this season.

Despite his racing success, Danner says that his greatest accomplishments go beyond his results.

“[My] biggest achievement is being able to be a part of this team and lead the younger guys, to help them along and give them a little insight into how to be a college athlete,” Danner said. “I’m the best runner on the team, so obviously you have to set the example of pushing it in workouts, and racing well.”

With the end of the regular season approaching, Danner finished in eighth place at the conference championship on Nov. 3. Since the team won that race, they will go to the NAIA championship.

As Danner looks ahead to life after college, he is sure that running will continue to play an important role, and intends to run for a semi-professional club.

“I definitely think it [running]  focuses me, and just gives me confidence,” Danner said. “Running is a lifestyle and I intend to keep that lifestyle going after college.”