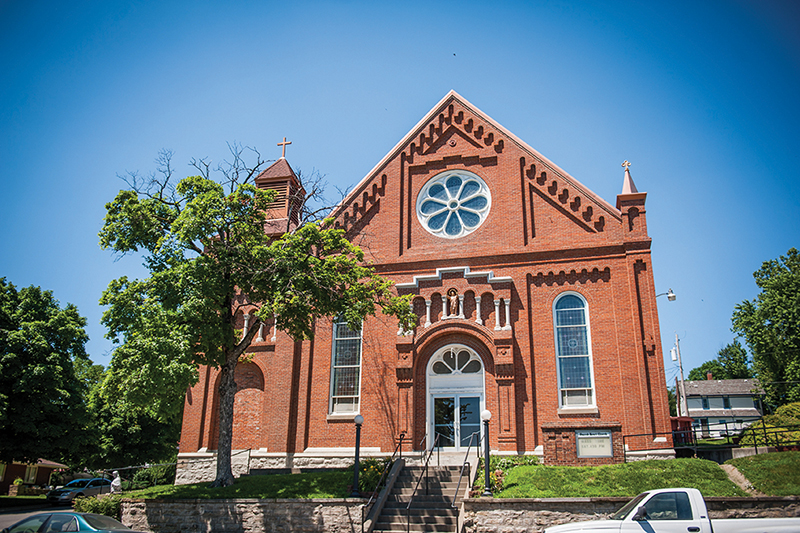 For almost 130 years, Sacred Heart church has stood on the corner of Kansas Avenue and 15th Street.

It’s one of four churches under the umbrella of St. Benedict’s Parish, where Fr. Jeremy Heppler has been pastor since 2016.

However, with the passage of time, financial and organizational complications made keeping Sacred Heart open and operational unsustainable. Heppler explained to the parish this year at masses throughout the parish.

By July, the date for official closure of the parish was set, and commemorated by a final mass on Sept. 30.

Among the parishioners who attended the mass, many expressed mixed feelings.

Professor Kate Herriage, Benedictine College Department of Education, who has been a parishioner at Sacred Heart church off and on for over 30 years, was among those who expressed mixed feelings.

Herriage felt that closing the church was ultimately a good thing to do, considering the complications of keeping it open and functional.

Memories such as those recounted by Darleen Dulac of her time as a parishioner at Sacred Heart church for the past 48 years.

“It was always a great parish family to be a part of,” Dulac said. “The relationships we had with our pastors over the years was always so important to our family and led to some great memories.”

Among those pastors was Fr. Angelus Lingenfelfer, who served as pastor at Sacred Heart from 1973 to 1983. He was the first pastor Dulac and her family became acquainted with.

“I did the bulletin in those years and Father would bring his hand-written copy over on Thursday evening for me to type, and if the Royals happened to be on T.V. he would sit in my husband’s chair and immediately be asleep,” Dulac said. “Somehow he always woke up as the last pitch was thrown.”

Dulac approved of the final decision, but felt some pangs of sorrow nonetheless.

“I really liked Archbishop Naumann’s homily.  I thought he showed us he somewhat understood our feeling of sadness at the closing of our church when he talked about his feelings when they sold his Mother’s house,” Dulac said.

Between Dulac’s fond memories of friendships with pastors, of Naumann’s bittersweet memories of the selling of his childhood home and Herriage’s memories of beautiful Christmases at the church, the closing of Sacred Heart has brought with it both nostalgia and affection for years of community and personal alike history passing under its watch.

“I’m just so grateful with all my heart, for Sacred Heart,” Herriage said. 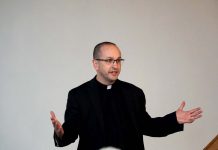 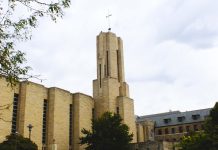 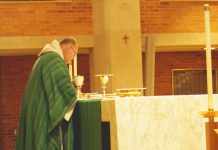