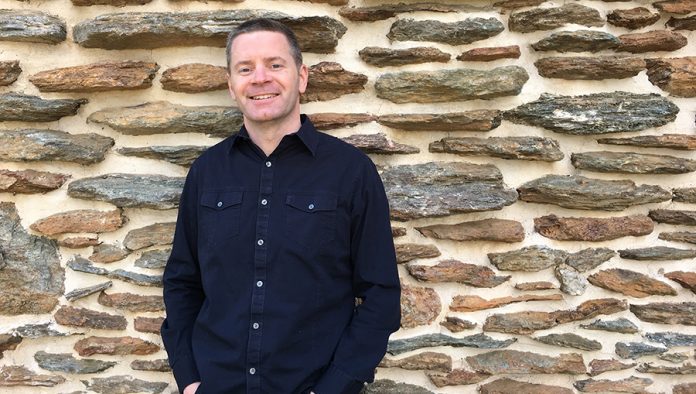 By: Tori Sanders, The Circuit

Recently, Christopher West, a well-known speaker and author, gave a talk in the O’Malley McCallister auditorium on chastity and how it applies to the life of college students today.

In Westerman Auditorium, West conducted the first of several workshops with Benedictine’s Love and Responsibility chapter, who works with the JPII Outfitters Club to minister to middle- schoolers and high-schoolers, as well as college students, on topics related to love and sexuality.

West, whose son is a freshman at Benedictine, plans to return to campus once a semester for the next four years to be a role model for students who are training to teach middle-schoolers and high-schoolers across the Midwest about chastity.

A common theme throughout his talk was that of sight and blindness.

West talked several times about the difference between the two, and what it truly means to see one another.

“All this talk about identity in the world today, and you know what’s really going on,” he said. “We’re becoming a culture of nobodies.”

Renz Pros, junior, said he went to the talk as a requirement for his Christian Marriage class, and initially didn’t expect this chastity talk to be much different than others he had heard.

“I ended up absolutely loving it,” Pros said. “West was unique, funny, and he included his own personal stories, which can always win the heart of the audience.”

West used many personal examples as well as metaphors and media to get his point across.

Gigi Barajas, junior, leader of the Love and Responsibility group, was present for both the talk and the workshop on Saturday.

He explained that this is the way humans have come to view one another, although it is not an accurate description of any one human person.

“Theology of the body is the invitation from Jesus to become one who sees,” Barajas said.

Barajas was one of 16 people who attended the workshop on Saturday.

“He really dove into what chastity is,” she said.

During their time together, West talked about an allegory statue called ‘Virginity,’ which can be found in the Vatican.

This statue was the basis of their conversation, which related chastity to the relationship individuals have not only with Christ in the Eucharist, but with Mary as well.

“I really hope that Benedictine realizes their value and their dignity and have a desire to proclaim that and spread that news to one another,” Barajas said.

Pros echoed Barajas message and encouraged the men in the audience to use West examples in their daily lives.

“I pray West touched the hearts of everyone who attended, especially the men,” Pros said. “We need strong and respectful men who can love like God intended them to. It’s time for us to step up!”

The Love and Responsibility group plans to increase the number of talks they’re doing this year. They are now focusing solely on middle and high school ministry, while JPII Outfitters will focus on ministry here at Benedictine.